Posted by Νίκος Λαγκαδινός at 11:02 PM No comments:

Posted by Νίκος Λαγκαδινός at 10:08 PM No comments: 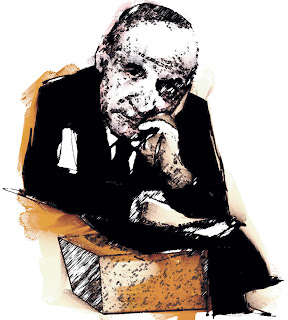 Power couple … Michelle and Barack Obama at a Los Angeles awards ceremony for African-Americans in the entertainment industry in 2005.
Photo: Reuters 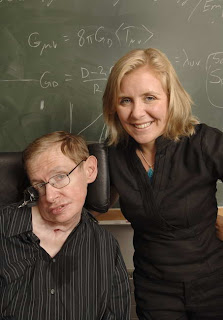 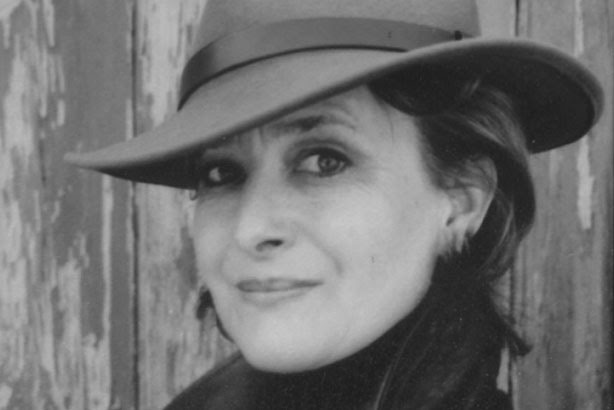 Posted by Νίκος Λαγκαδινός at 8:53 PM No comments: 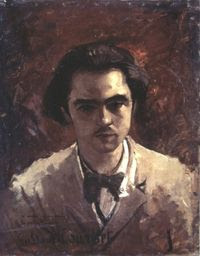 Posted by Νίκος Λαγκαδινός at 8:09 AM No comments:

Posted by Νίκος Λαγκαδινός at 6:29 AM No comments: 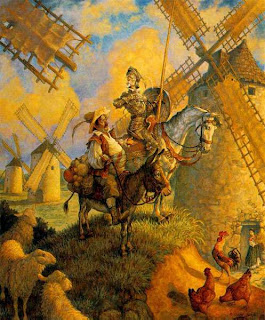 Posted by Νίκος Λαγκαδινός at 1:10 PM No comments:

Posted by Νίκος Λαγκαδινός at 1:21 AM No comments:

In 1869, a year before Charles Dickens died, he wrote in his will that he wanted to be remembered for his work alone. No plaques, no statues, "no monument memorial or testimonial whatever" were to be allowed to commemorate the life of one of Britain's greatest authors.

Now, almost 140 years after his death, Dickens' final request has sparked an impassioned debate among his most ardent fans – and his family are suggesting his dying wish be laid to rest.

Seeking an appropriate means of marking the 200th anniversary of his birth, several of Dickens' descendants have come out in support of a commemorative statue at Eastgate House, Rochester, Kent, a building that appears in many of his novels, including The Pickwick Papers.

The writer's great-great grandson, Mark Charles Dickens, said a statue was "long overdue". Ian Dickens, another relative, asked: "Can you obey the desires set out in a will when numerous 'monuments' have appeared in the last hundred years?

"Like my Uncle Cedric and my cousin Mark, I endorse the call for a formal monument and if one appears in Rochester, another in Portsmouth and another in London, then hurrah to that."

But the proposal has enraged local history organisations and members of the Dickens Fellowship, who are against an idea which they feel would have mortified the modest author. Christine Furminger of the City of Rochester Society said: "Charles Dickens made his wish perfectly clear in his will and with his knowledge of the law he would not pen a document which could be misconstrued. It would be arrogant to ignore his words, which we must take at face value."... [, The Independent, Monday, 24 March 2008]
Posted by Νίκος Λαγκαδινός at 12:40 PM No comments: 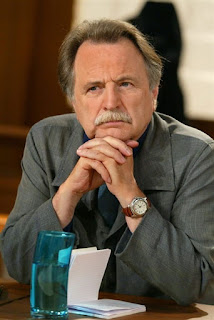 Posted by Νίκος Λαγκαδινός at 12:22 PM No comments: 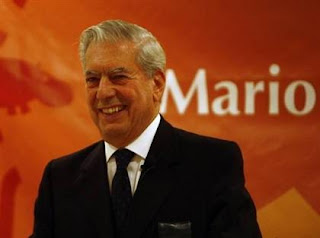 Posted by Νίκος Λαγκαδινός at 9:32 AM No comments:

Hugo Claus was born in Bruges. After a very strict Catholic upbringing, Claus left school at an early age, unable to adapt himself to the traditional education system. He worked on a farm while studying at the Academy of Ghent, but at the same time he also studied drama. In France he was a seasonal worker in a sugar factory, saying later that he found it so senseless that he decided never to work for anyone again. In Paris Claus met Antonin Artaud whose influence is seen in Claus's early collection of poems, Registreren (1948). After returning to Belgium he joined the Cobra group, which was named after the cities of Copenhagen, Brussels, and Amsterdam. The group was established in 1948 by Karel Appel with other Northern European artists and writers, and presented a European parallel to the Abstract Expressionists in New York. Later Claus published essays on the painter Corneille (Over het werk van Corneille, 1951) and Appel. In the novel Een zachte vernieling (1988) he retunerned to the activities of group. In 1950, Claus went to live in Paris. He also spent some time in Italy. In 1955 he settled down in Belgium and married Elly Overzier; they had one son. As a novelist Claus made his debut with De metsiers (1950, The Duck Hunt), which was inspired by William Faulkner's As I Lay Dying. This naturalistic family chronicle made Claus famous. The Duck Hunt focuses on the problems of puberty, and shows how innocence is crushed by an absurd fate. Claus's experimental period in poetry ended with De Oostakkerse Gedichten (1955).

In the fragmented Het verlangen (1978, Desire) overweight, slow-witted Jake and dark, brooding Michael leave The Unicorn, their local tavern and head for Las Vegas, where they see the other side of glitter and glamour in the New World. Meanwhile their friends at The Unicorn comment on their missing buddies and Jake's wife struggles to tend their brain-damaged daughter.

Claus's ambitious war novel De verwondering (1963), a story of a private inferno and Flemish Nazis, was an allegory of the contemporary world, and included references to Dante, Sir James Frazer's The Golden Bough, and classical mythology. The work had a late sequel in Het verdriet van België (1983, The Sorrow of Belgium), which traced grippingly the narrow-mindedness of ordinary Belgians, a subject which had led the French poet Charles Baudelaire (1821-1867) collect his insults in a travel book entitled Pauvre Belgique! The post-modern bestseller can be read on different levels. Louis Seynaeve, the protagonist, is young who grows up in Nazi occupied Belgium. His formative years are tinged with a convent school with its nuns and monks and later the strong women of the family who reveal to him the secrets of the family. Claus's book later inspired Claude Goretta's television film Der Kummer von Flandern (1994).Schaamte (1972) was set in the Caribbean and the autobiographical Het jaar van de kreeft (1972) was based on a love affair between the author and a well-known actress. In Claus's work the emphasis is more on situation than on character. Often his books dealt with a family crisis in which the victims and victimizers are both threatened by the same forces. De zwaardvis (1989, The Swordfish) was a novella about a small-town conflict and crisis. In the story Martin Ghyselen, a lonely boy, escapes the pressures of his surroundings into fantasy, seeing himself tragically as the martyred Jesus. De geruchten (1996) was set in the mid-1960s. René Catrijsse, the sick prodigal son, returns to his home village. He has fought in the Belgian Congo before deserting from the army. His return coincides with a series of accidents in the community, and soon also the scapegoat is found.

As a playwright Claus wrote psychological and social dramas, such as Suiker (1958), historical spectacles (Tijl uilenspiegel, 1965; Het leven en de werken van Leopold II, 1970), and adaptations of classical Greek, Roman, and Elizabethan texts, written under the influence of Antonin Artaud's theatre of cruelty. Orestes (1976) was after Euripides and Het huis van Labdakos (1977, The House of Labdacus) was a synthesis of several ancient Greek and Roman works. In Vrijdag (1969) Claus examined a triangular drama in which the acceptance of the truth means a step toward reconciliation. George Vermeersch returns from prison and finds that his wife has a lover. Vermeersch reveals that he had an incestuous relationship with their daughter. His wife acknowledges that she was aware of the situation. When the lover leaves her, the Vermeersches are left to reconstruct their marriage.

In 1973 Claus travelled to Bangkok where his wife of that time, Sylvia Kristel, acted in Emmanuelle, one of the most successful erotic movies ever made. Claus, who was 27 years her senior, coached her in acting. "Don't lie there like a dead fish," Kristel recalled him saying. Claus's own place in Belgian cinema was primarily as a writer, for example of commentaries for documentaries by Charles Dekeukeleire, Paul Haesaerts and Patrick Ledoux. He wrote the screenplay for Roland Verhavert's Pallieter and adapted Stijn Streuvel's novel De Teleurgang van de Waterhoek for Fons Rademakers' film Mira (1971). With Rademaker he also collaborated in Het Mes (1961), De dans van de reiger (1966), and Niet voor de poezen (1973), based on Nicolas Freeling's Van der Valk crime thriller. Claus's own films caused much controversy and were less successful. In 1967 he directed De Vijanden (Enemies) from his own screenplay and in 1980 Vrijdag (Friday), based on his play which was produced originally in Amsterdam in 1969. Another attempt at direction was Het Sacrament (1989, The Sacrament), about 24 hours in the life of a priest. Claus adapted the film from his novel Omtrent Deedee (1963).

Claus lived long periods in Paris and Rome. In the later years of his life Claus spent half of the year in his farm in Northern France. Claus's several awards include the State Prize for Dutch Letters, the Herman Gorter Prize, and VSB Prize for poetry in 1994. De Geruchten (1996) received in 1998 the Aristeion Prize. He was frequently mentioned as a candidate for the Nobel Prize for Literature. Claus, who suffered from Alzheimer's disease, died by euthanasia at a hospital in Antwerp on 19 March, 2008. Claus was married to the actress Veerle Claus-De Wit.

Posted by Νίκος Λαγκαδινός at 5:00 AM No comments:

Posted by Νίκος Λαγκαδινός at 11:32 PM No comments:

Posted by Νίκος Λαγκαδινός at 11:27 PM No comments: 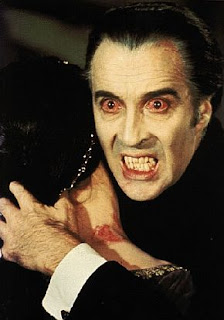 Posted by Νίκος Λαγκαδινός at 11:21 PM No comments: 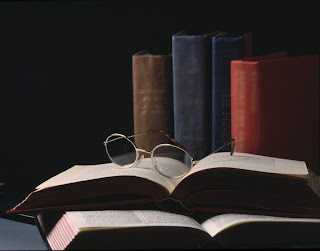 Posted by Νίκος Λαγκαδινός at 11:15 PM No comments:

Posted by Νίκος Λαγκαδινός at 11:47 PM No comments: 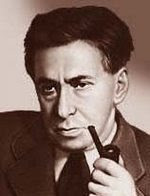 Posted by Νίκος Λαγκαδινός at 9:53 PM No comments:

Posted by Νίκος Λαγκαδινός at 9:50 PM No comments: