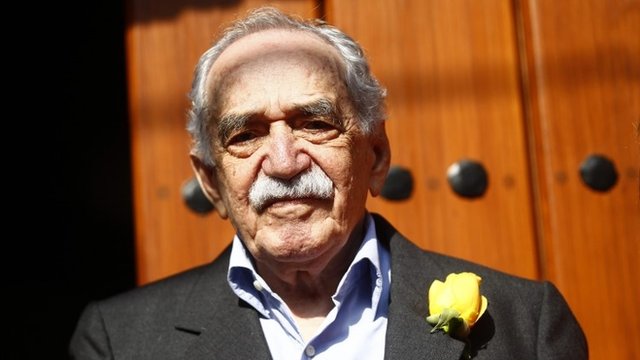 Nobel prize-winning Colombian author Gabriel Garcia Marquez has died in Mexico aged 87, his family says.
Garcia Marquez was considered one of the greatest Spanish-language authors, best known for his masterpiece of magical realism, One Hundred Years of Solitude.
The 1967 novel sold more than 30 million copies and he was awarded the Nobel Prize for Literature in 1982.
Garcia Marquez had been ill and had made few public appearances recently.
He achieved fame for pioneering magical realism, a unique blending of the marvellous and the mundane in a way that made the extraordinary seem routine.
With his books, he brought Latin America's charm and teaming contradictions to life in the minds of millions of people.

Your life (...) will be remembered by all of us as a unique and singular gift”

ShakiraColombian pop star
'Greatest Colombian'
"Gabriel Garcia Marquez has died," a spokeswoman for the family, Fernanda Familiar, said on Twitter.
"[His wife] Mercedes and her sons, Rodrigo and Gonzalo, have authorised me to provide the information. Such deep sadness," she added.
Colombian President Juan Manuel Santos also took to Twitter to pay tribute to the author.
"One Hundred Years of Solitude and sadness for the death of the greatest Colombian of all time," he wrote. 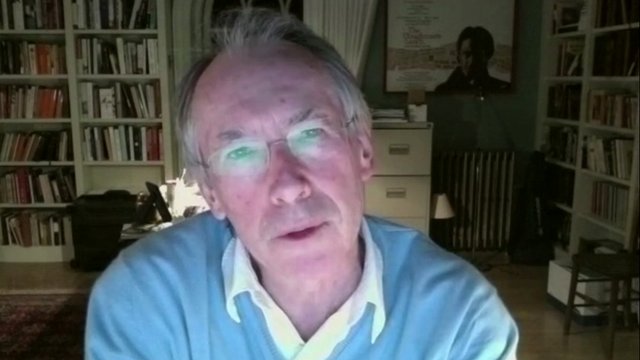 English novelist and screenwriter Ian McEwan: "He really was a one-off"

US President Barack Obama said the world had "lost one of its greatest visionary writers - and one of my favourites from the time I was young".
Former US President Bill Clinton also said: "I was always amazed by his unique gifts of imagination, clarity of thought, and emotional honesty. I was honoured to be his friend and to know his great heart and brilliant mind for more than 20 years." 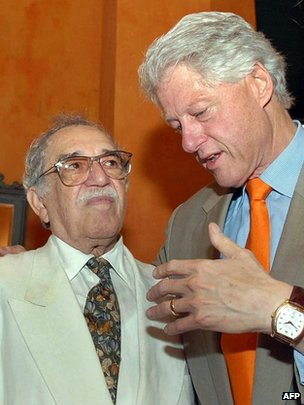 Bill Clinton said Garcia Marquez had "captured the pain and joy of our common humanity"
The cause of Garcia Marquez's death was not immediately known but he was recently hospitalised for a lung and urinary tract infection in Mexico City.
He was sent home last week but his health was said to be "very fragile" because of his age.
The BBC's Will Grant in Mexico City says his loss will be particularly felt in his native Colombia but in Mexico too, which for more than 30 years became his adopted home.
Mexican President Enrique Pena Nieto tweeted: "On behalf of Mexico, I express sorrow over the death of one of the greatest writers of our time."
Colombian pop star Shakira said "Gabo", as the author was affectionately known, would "always be in my heart".

"Your life, dear Gabo, will be remembered by all of us as a unique and singular gift," the singer said.
Peruvian Nobel prize-winning author Mario Vargas Llosa called him a "great writer".
"His works gave literature great reach and prestige. His novels will survive and will continue to find new readers everywhere," he told Peruvian media.
Gabriel Garcia Marquez's other works include Love in the Time of Cholera, Chronicle of a Death Foretold and The General in His Labyrinth.
Controversy
The novelist was also an accomplished journalist whose reporting shone in his work News of a Kidnapping.
The non-fiction book recounted high-profile abductions by the Medellin drug cartel run by Pablo Escobar, a notorious Colombian drug lord who died in 1993. 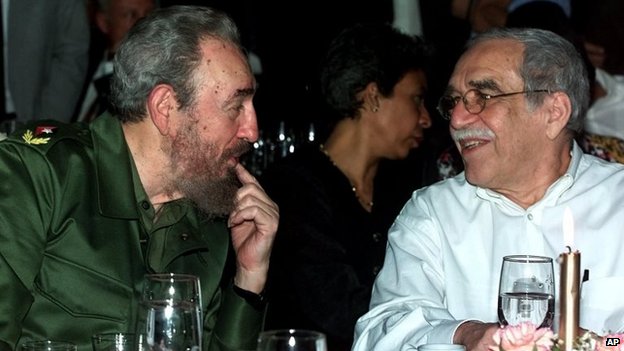 
The novelist was at times a political figure too.
His friendship with the former Cuban President Fidel Castro sparked some controversy among literary and political circles in Latin America.
But he insisted their friendship was based on books.
"Fidel is a very cultured man," he said in an interview. "When we're together we talk about literature."
Unlike other authors in the region, his work transcended Latin America with One Hundred Years of Solitude, which was translated into more than 30 languages.
The Chilean poet and Nobel Laureate Pablo Neruda called the novel "the greatest revelation in the Spanish language since Don Quixote", the 17th-century masterpiece by Spain's Miguel de Cervantes.
What are your memories of Gabriel Garcia Marquez? Did you meet him? Did his writing have a special resonance for you? Send us your comments using the form below.
Posted by Νίκος Λαγκαδινός at 3:38 AM